A Brief History of Spreadsheets

A spreadsheet is a computer application that superseded paper worksheets. It displays multiple cells that together make up a grid consisting of rows and columns, each cell containing either alphanumeric text or numeric values. A spreadsheet cell may alternatively contain a formula that defines how the contents of that cell is to be calculated from the contents of any other cell (or combination of cells) each time any cell is updated. Spreadsheets are frequently used for financial information because of their ability to re-calculate the entire sheet automatically after a change to a single cell.

In 1971, Rene K. Pardo and Remy Landau filed a patent (ultimately unsuccessfully) on an algorithm that allowed computers to process data in a new and dynamic way, laying the foundation for the concept of digital spreadsheets. VisiCalc is usually considered the first electronic spreadsheet (although this has been challenged), and it helped turn the Apple II computer into a success and greatly assisted in their widespread application. Lotus 1-2-3 was the leading spreadsheet of DOS era. Excel is now generally considered to have the largest market share.

Microsoft Excel (AKA Microsoft Office Excel) is a spreadsheet application written and distributed by Microsoft for Microsoft Windows and Mac OS X. It features calculation, graphing tools, pivot tables and, except for some Mac editions, a macro programming language called VBA (Visual Basic for Applications).

It is overwhelmingly the dominant spreadsheet application available for these platforms and has been so since version 5 in 1993, and is bundled as part of Microsoft Office. Excel is one of the most popular business applications to date.

Infographic On History of Spreadsheet Application

Develop Survey or Feedback Form in Excel and VBA

Definitive Guide To ADO in Excel and VBA

Stay in the loop with TheDataLabs by subscribing to our newsletter. Receive updates right in your inbox and never miss a thing! 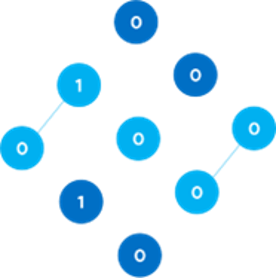 TheDataLabs.org is a comprehensive platform for Excel, Power BI, Dashboard, Automation, and Free Templates. Our team of experts specialize in these areas to provide the best learning experience for data enthusiasts of all levels. Join us on the journey towards data mastery.